Priapus is a Greek fertility god sporting an oversized penis that is permanently erect. (He is the origin of the term priapism, a medical condition where the penis remains erect for hours despite the absence of stimulation.) Priapus is the protector of livestock, gardens, fruit plants, male genitalia, and merchant sailors.

Statues of Priapus were common in ancient Greek and ancient Rome, especially in gardens. (A bit similar to our contemporary garden gnomes.) The Greeks and the Romans depicted Priapus in various ways, but he was often a misshapen dwarfish or gnome-like figure, with an oversized erect penis, carrying a sickle in his right hand.

The worshiping of Priapus originated among Greek colonists in Asia Minor, from which it spread to mainland Greece and eventually also to Italy. In Rome, the Priapus equivalent was Mutunus Tunutus. Long after the fall of Rome and the Christianization of Europe, this fertility god continued to be invoked for health and fertility in the former Roman Empire. The late 13th century Lanercost Chronicle, a history of northern England and Scotland, includes a description of how a lay Cistercian brother erects a statue of Priapus in an effort to stop an outbreak of disease in cattle.

A number of Roman paitings of Priapus have survived into our time, including the famous fresco at the House of the Vettii in Pompeii. In this fresco, Priapus is weighing his penis against a big bag of coins. During an archaeological excavation of the neighboring city Herculaneum, a painting of Priapus was revealed behind the bar of a snack establishment.

Different Greek stories give Priapus a different parentage; there is no consensus. Examples of common parental combinations are:

In one of the Greek stories, Hera is envious of Aphrodite’s pregnancy and applies a potion to Aphrodite’s belly while the goddess is asleep. The potion ensures that the child will be born hideous. When Aphrodite gives birth to Priapus, she is horrified to see that the baby has a potbelly, an oversize tongue and a huge, permanently erect penis. The shocked Aphrodite rejects her child and leaves it to die in the wild. A herdsman finds the baby and raise him as his own son, eventually discovering that Priapus can use the huge penis to promote the growth of plants.

In another story, the hero Paris says that Aphrodite is more beautiful than Hera, and Hera reacts by cursing the child that Aphrodite is pregnant with. The curse brought Priapus ugliness, foul-mindedness and the inability to sustain an erection for sexual intercourse.

The other gods refused to let Priapus live on Mount Olympus. They forced him out and he ended up on a hill on Earth below, where he was found by shepherds who took him in and raised him.

Eventually, Priapus joined Pan (the god of shepherds) and the satyrs (male nature spirits). Every time he tried to have sex, he would lose his erection. In a story told by Ovid, Priapus tried to rape the goddess Hestia when she was asleep, but a donkey started braying at the crucial moment. This caused Priapus to lose his erection and also woke up Hestia. Since then, Priapus hated donkeys and relished in seeing them be destroyed in his honor. 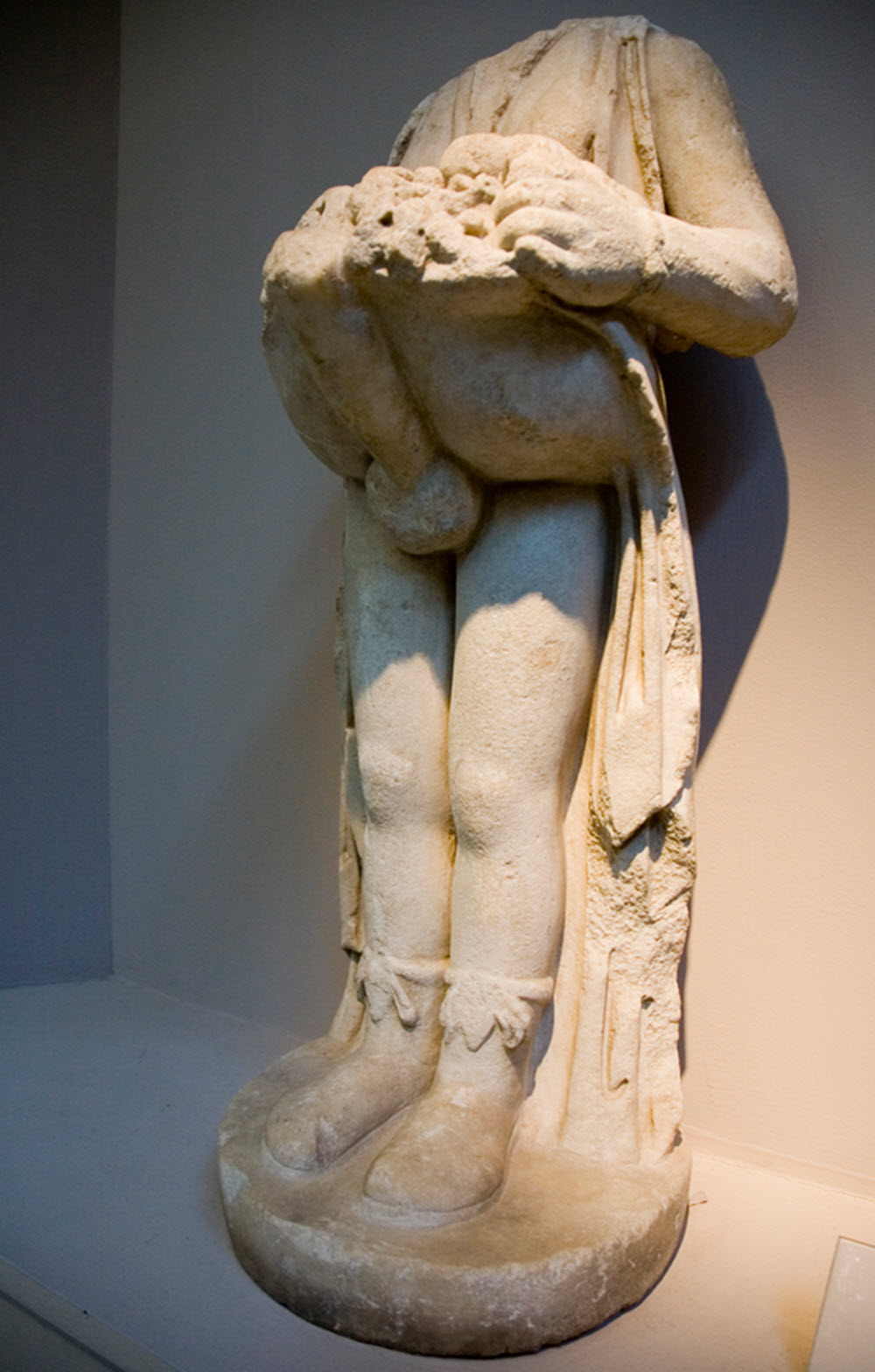 The worshiping of Priapus was most likely started by Greek colonists in Lampsacus, an ancient Greek city located on the eastern side of the Hellespont, in Asia Minor. From Lampsacus, the cult of Priapus spread to mainland Greece, and from there arrived to Italy in the 3rd century BC.

Regarding the cult of Priapus in Lampsacus, Pausanias writes that: “This god is worshipped where goats and sheep pasture or there are swarms of bees; but by the people of Lampsacus he is more revered than any other god, being called by them a son of Dionysus and Aphrodite.”

Outside his native Asia Minor, the cult of Priapus often had strong humorous connotations – especially among city dwellers. In the countryside, he was taken a bit more seriously, even outside Asia Minor.

Rather than having organized festivals, people outside Asia Minor seem to have worshiped Priapus privately in their gardens and homes, although some temples were created. Priapus received agricultural offerings, such as flowers, fruits, vegetables and fish. The most highly regarded sacrifice to Priapus was the donkey.