In Greek mythology, the erotes are a collective of winged gods associated with love and sexuality, and they are all companions of the love goddess Aphrodite. In some contexts, all the various erotes are considered manifestations of the god Eros.

The Hellenistic culture produced a lot of stories that showcased the mischievous nature of the erotes, and also how spells could be used to either attract erotes (and induce love) or repel them. These stories seem to have been especially popular in the second century BC.

The erotes are a common motif in both Hellenistic and Roman art, although the Romans identified them as various Cupids or the combination Cupid + Psyche. The oldest surviving sculptured friezes featuring erotes together were created to adorn theatres in ancient Greek in the second century BC. These friezes typically also contain winged maidens, and chariots pulled by goats. Eventually, erotes in hunting scenes also became widespread.

The erotes are usually depicted as handsome, nude youths with wings. When they are present in a picture, it can be symbolic – a representation of love. In the cult of Aphrodite in Anatolia, images of Aphrodite with three erotes symbolized the three realms over which Aphrodite has dominion: the Earth, the Water and the Sky. 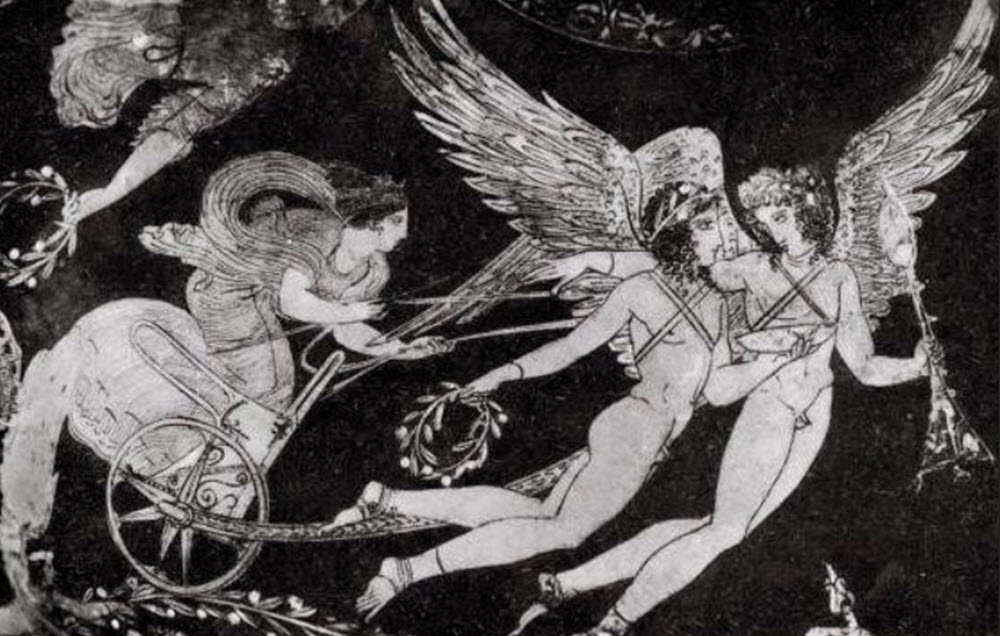 Some of the erotes are named and linked to one or more special aspects of love and sexuality. Here are a few examples:

Anteros is the god of loved returned; when the object of your affection loves you back.

In many stories, Anteros punishes people who scorn love and who refuse to accept loving advances. He is seen as the avenger of unrequited love and is often depicted armed with a golden club or lead arrows. He usually looks similar to his brother Eros, but with butterfly wings.

Anteros is the son of the love goddess Aphrodite and the war god Ares, and he was given to his older brother Eros who was lonely and needed a playmate.

Eros is an old, primordial Greek god of love, sexuality and fertility. In later Greek stories, however, he is no longer shown as a primordial god – he is instead the son of Aphrodite and Ares, and has become one of the Erotes.

Eros was associated with athleticism and statues of him were common in Greek gymnasia. He is also the protector of homosexual love between men.

Eros is often depicted armed with a bow and arrow, or carrying a lyre.

His Roman counterpart is Cupid (also known as Amor).

Hedylogos is a Greek god of sweet-talk and flattery. We chiefly know of him from ancient Greek vases. One of the oldest surviving depictions of him is found on a vase from the 5th century BC, where Hedylogos can be seen drawing the Aphrodite’s chariot together with his brother Pothos. 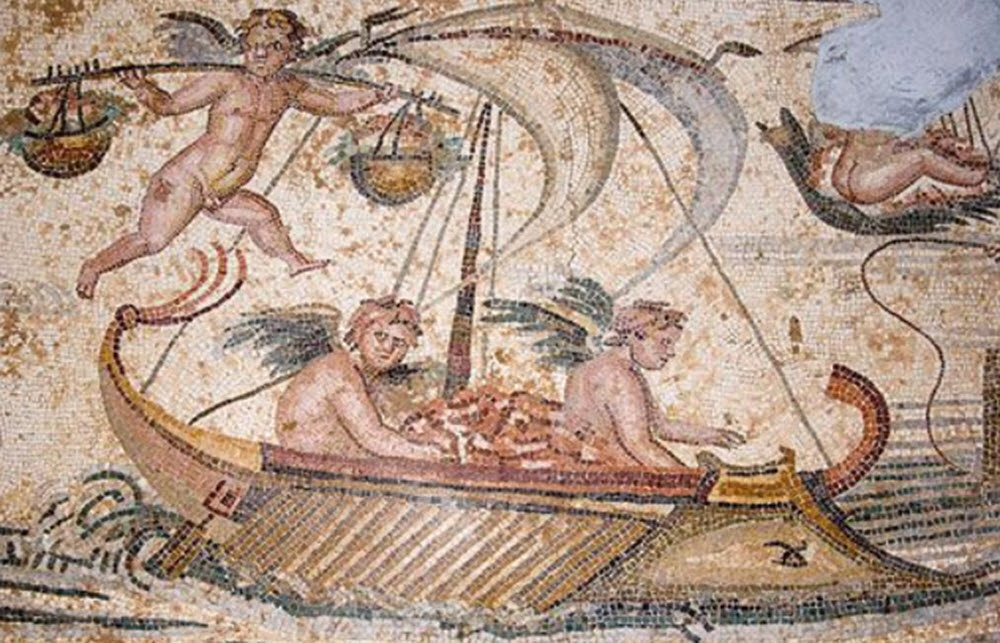 Hermaphroditus is a god of hermaphrodites and effeminate men. He is the son of Hermes and Aphrodites, and his name is a combination of those two names. He was born and raised as a boy, but the water nymph Salmacis fell in love with him and prayed to be united with him forever. Her wish was granted, and the two merged into one being – one that was both male and female.

Himeros is a god of uncontrollable desire and unrequited love. In pictures, he is usually wearing a taenia – a type of colorful headband worn by Greek athletes.

Hymenaeus is a god of weddings and the bridal hymen, and he attends every wedding. Hymenaios is a genre of Greek lyric poetry created to be sung during the procession that brings the bride to the home of the groom, and in this poetry the god Hymenaeus is addressed.

Most sources agree that Hymenaeus is the son of Apollo and one of the muses, but the exact muse vary from one source to another. Common suggestions are Clio, Calliope, Terpsichore and Urania.

Pothos is a god of yearning, especially yearning for someone who is not physically present. He is usually depicted carrying a vine, which may indicate a connection to the wine god Dionysus.