Aphroditus (Greek: Ἀφρόδιτος ) is a male or androgynous version of the Greek love goddess Aphrodite. Aphroditus is traditionally depicted as having a female body shape like Aphrodite, and wearing female garments, but also sporting male genitalia. To the Greek, this combination of male and female was associated with fertility, and also with the moon.

One of the earliest surviving depictions of what is believed to be Aphroditus was found in the Athenian agora, and has been dated to the late 4th century BC. It is a fragment of a clay mold for a terracotta figurine representing a style known as ἀνασυρόμενος (anasyromenos) where a female-looking person lifts up their skirt to reveal male genitalia.

“The torches give a faint light, enough for the revelers to see what is close in front of them, but not enough for us to see them. Peals of laughter rise, and women rush along with men, wearing men’s sandals and garments girt in strange fashion; for the revel permits women to masquerade as men, and men to “put on women’s garb” and to ape the walk of women.” – Philostratus (c. 190 – c. 230 AD), Imagines 1.2

Aphroditus is believed to have been worshiped on Cyprus, whence it spread to Athens. The original center for the cult of Aphroditus was probably Amathus, and ancient city on the island of Cyprus. Amathus was a royal city until about 300 BC, and home to an important cult sanctuary devoted to the love goddess Aphrodite.

“There’s also a statue of Venus on Cyprus, that’s bearded, shaped and dressed like a woman, with scepter and male genitals, and they conceive her as both male and female. Aristophanes calls her Aphroditus, and Laevius says: Worshiping, then, the nurturing god Venus, whether she is male or female, just as the Moon is a nurturing goddess. In his Atthis Philochorus, too, states that she is the Moon and that men sacrifice to her in women’s dress, women in men’s, because she is held to be both male and female.” – Macrobius (c. 400s AD), Saturnalia 3.8.2

The Aphroditus concept probably arrived to Athens in the 4th century BC. 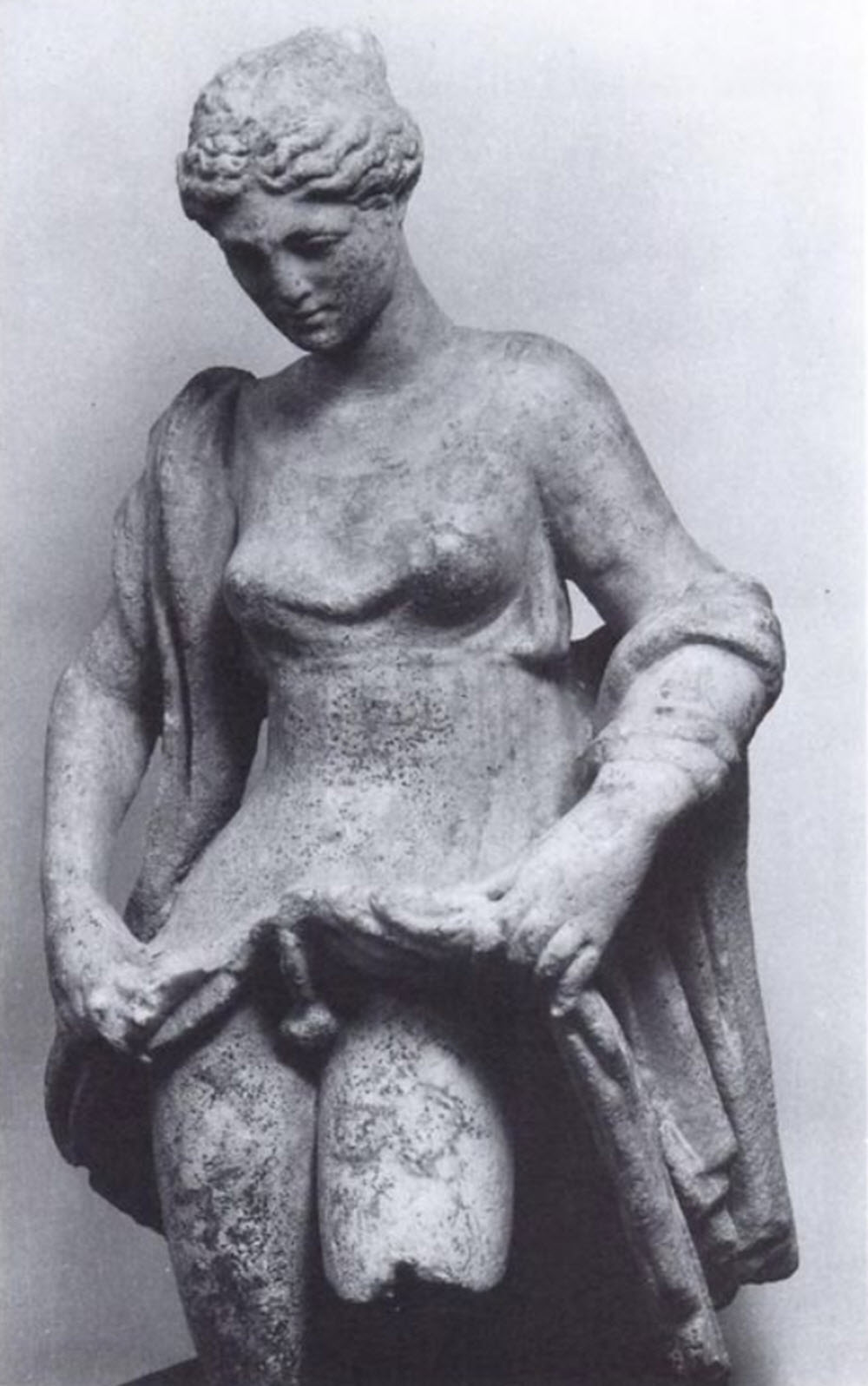