A god of sexual intercourse 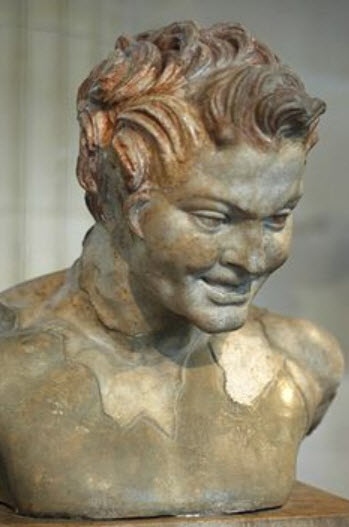 In ancient Rome, the god Inuus embodies sexual intercourse. In some ancient texts, including one by Maurus Servius Honoratus, he was described an aspect of Faunus (the Roman version of the Greek god Pan). According to Honoratus, the name Inuus alluded to the god´s habit of having sexual intercourse with animals. Ineundum means penetration, derived from inire, to enter. Walter Friedrich Otto has disputed this etymology, arguing that Innus is more likely to be derived from in-avos, which means friendly or beneficial. Aveo means to desire something, to be eager for something.

According to Livy, a Roman historian born in 64 or 59 BC, Inuus was the form of Faunus for whom the Lupercalia was celebrated. Lupercalia was an ancient (possibly even pre-Roman) celebration held once a year to promote health and fertility. It was also known as Dies Februatus, since instruments called februa were utilized for the purification rituals. From this, we get the name of the month February, since Lupercalia was held on the 13-15th of that month.

Livy describes Lupercalia as a celebration where “(…) naked young men would run around venerating Lycaean Pan, whom the Romans then called Inuus, with antics and lewd behavior”.

Diomedes says Inuus is the son of a war goddess

Diomedes Grammaticus, a Latin grammarian who probably lived during the later part of the 4th century AD, made a rather long-fetched etymological association that turned Inuus into the son of a war goddess. Enyo (Ἐνυώ) was a goddess of war in Classical Greek mythology. The name in genitive is Enuous ( Ἐνυοῦς ).

Diomedes also writes about how Inuus is imaged by the poets as having the hooves of a goat, “because in the manner of a goat he surmounts the mountaintops and difficult passes of the hills”. 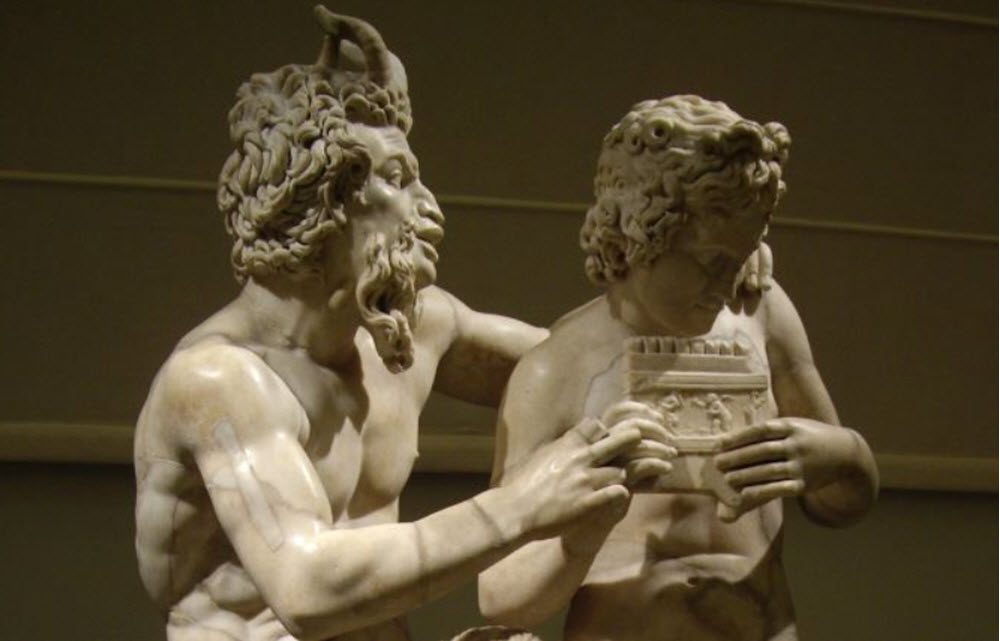 The Casuccini mirror is an Etruscan bronze mirror from Chiusi, a town located in the region that we today know as Tuscany, Italy. The mirror was created around 300 BCE.

On the back of the mirror, the oracular head of Orpheaus (the Etruscans called him Urphe) is depicted prophesying to a group of figures. It is a scene that we know from at least four other old mirrors, and from Etruscan gems and Attic red-figure vases.

On the Casuccini mirror, names are inscribed around the edge of the mirror, which might be the names of the figures, but they are not labeled individually. Many scholar do however agree that the bearded figure in the center is probably Inuus, and that the other four central figures are Umaele, the muse Euturpa, Eraz, and Aliunea. Damage to the mirror makes it impossible for us to see the midsection and legs of Innus, but we can see his nude chest and his nude left arm, and both are well muscled.

Love seems to be an important theme for the mirror, because at the top part of the mirror scene, two lovers can be seen in a pediment. The mirror is also adorned with a figure with outstretched wings, and this figure is Lasa, a facilitator of love in Etruscan mythology. (Similar to the Roman Cupid.)