Eros is a Greek god of love, lust, sexuality, eroticism and sensual desires.

In the earliest accounts, he is a primordial god. In later accounts, he is the son of Aphrodite and Ares, and forms – together with his siblings – the Erotes, a group of winged love gods. His Roman equivalent is Cupid / Amor.

Together with Herakles and Hermes, Eros is a part of a triad that is important for homoerotic relationships. The triad bestows beauty, loyalty, strength and eloquence onto male lovers. 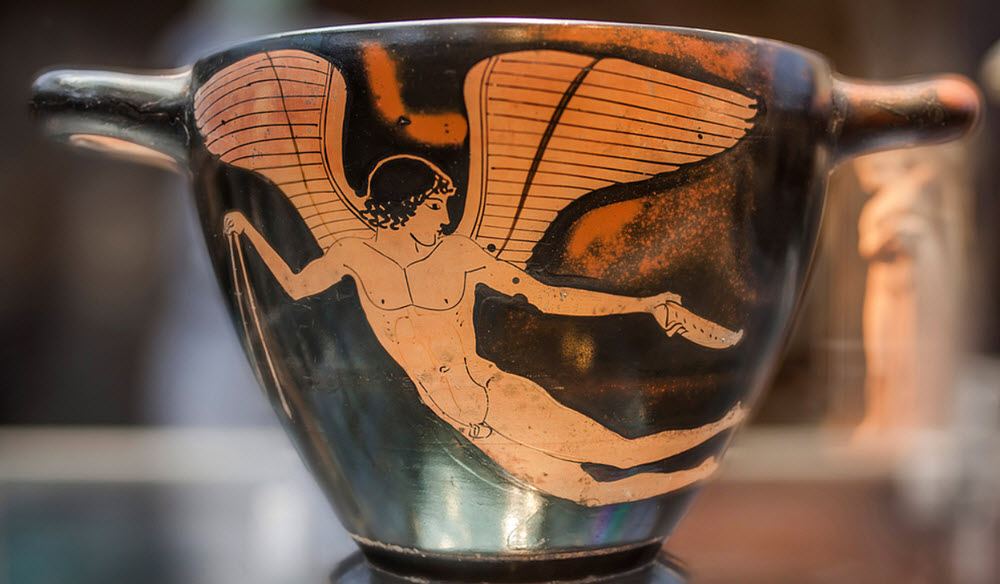 In some stories, Eros is a primordial god that rose out of Chaos. In other stories, he is the son of the love goddess Aphrodite and the war god Ares.

The cults of Eros

In the oldest sources that mention Eros, he is one of the primordial gods. In later sources, he is instead referred to as a son of the goddess Aphrodite and the god Ares. In this version, he is often mischievous and meddle in the romantic and sexual life of both gods and humans, and he is fond of promoting illicit connections. Even later, the satirical poets depict Eros as a blindfolded child, and this is the form that eventually morphed into the chubby little winged creature that we know from Renaissance paintings. It is a rather far cry from the early Greek art where Eros is a young adult male embodying sexual power.

Eros as a primordial god

In early sources, such as the cosmogonies, Eros is one of the primordial gods. The primordial gods are the first dieties born from the void of Chaos. According to the Greek writer Hesiod´s, who wrote the Theogony circa 700 BC, Chaos was followed by Gaia, Tartarus, Eros, Erebus, Hemera and Nyx.

Roughly three centuries after Hesiod, the philosopher Parmenides claimed that Eros was the oldest of all gods. The Orphic and Eleusinian Mysteries have Eros as child of Nyx, and Aristophanes (circa 400 BC) describes how Eros is hatched from an egg laid by Nyx (Night) in the bosom of Erebus (Darkness). 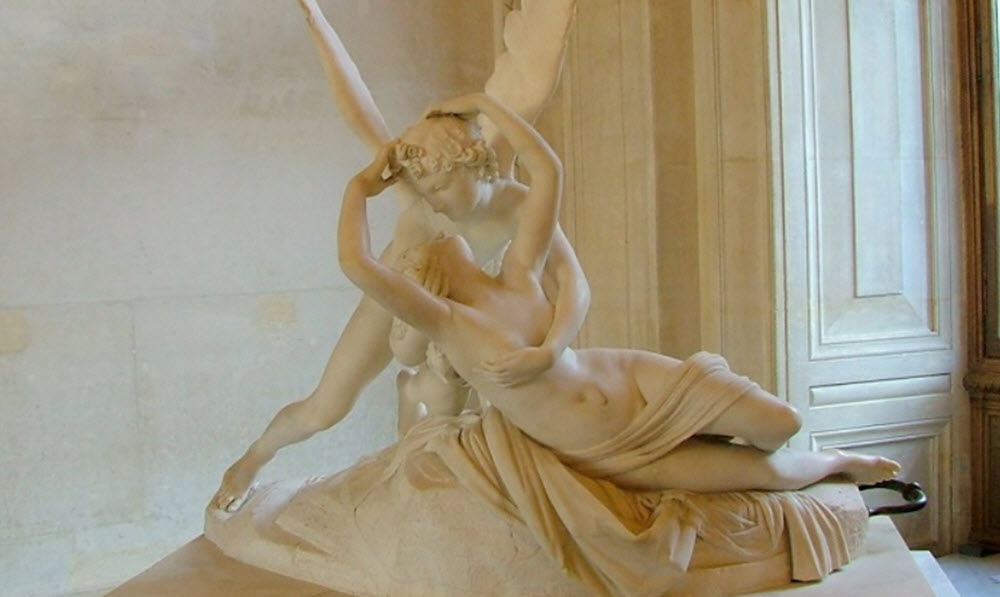 Eros as the son of love and war

In later Greek myths, Eros is not one of the primordial gods – he is the son of the love goddess Aphrodite and the war god Ares. It is this version of Eros that is included in the group of winged love gods that we know collectively as the Erotes. As an Erotes, Eros is frequently depicted carrying a bow and arrow, or with his lyre.

There are many stories that involves the astonishing ability of Eros´ arrows to make a god or mortal fall in love. There is for instance the Argonautica, an epic from the 3rd century BC, where Hera says to Athena: “We must have a word with Aphrodite. Let us go together and ask her to persuade her boy [Eros], if that is possible, to loose an arrow at Aeetes’ daughter, Medea of the many spells, and make her fall in love with Jason (…)”. In Dionysiaca, an epic from the 5th century AD, it is the god Dionysos that becomes madly in love with the girl Aura after being wounded by Eros´ arrow.

Hedone is the daughter of the god Eros and goddess Psyche. She is the goddess of pleasure, enjoyment and delight, and her name is the root of the English word hedonism. Her Roman counterpart is Voluptas.